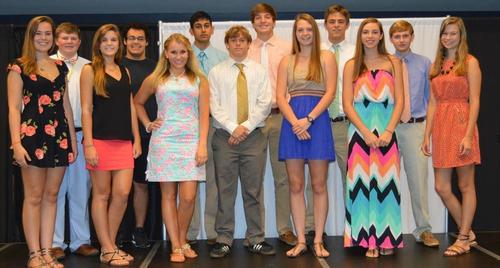 AP Scholars with Honor are graduates Madelynn Phan, Meghan Veuleman, and Matt Williams and current seniors Will Allen, Bryce Everett, Lanier Langdale, and Jason Papadopoulos. This distinction is awarded to students who receive an average grade of at least 3.25 on all AP Exams taken and grades of 3 or higher on four or more of these exams.

Will Allen was named AP Scholars with Distinction. These students received an average grade of at least 3.5 on all AP Exams taken and grades 3 or higher on five or more of these exams.

Students take the AP Exams in May after completing challenging college-level courses at Valwood.