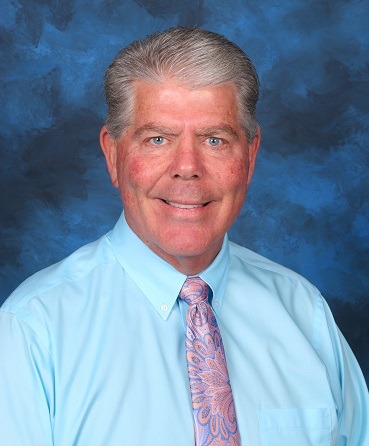 When your child enrolls at Valwood School, it is the beginning of a rich and varied journey. Each student’s journey is filled with joy, inspiration, victories, and challenges. These elements are combined each day to lay the groundwork for a rewarding future. This kind of education is what truly defines Valwood. It is an education beyond learning, a vibrant fusion of many different experiences that embrace all the formative elements of a young life.

I welcome you, your child, and your family to discover the true advantage of a Valwood experience. You quickly find that we prepare our students for what’s ahead as we immerse them in an education that extends far beyond the limits of traditional academic learning.

I hope you and your family will join the Valwood family!

A native of Americus, Georgia, John Davis grew up surrounded my educators. His father was in education, his mother was a teacher and sisters and brothers as well. John received his Bachelor’s and Master’s degrees from Valdosta State University.

Mr. Davis joined the Valwood family in August of 2017 after 30 years teaching and as an administrator in the Valdosta City Schools, and most recently served as the Head of St. John Catholic School.

John is a longtime supporter of organizations such as the YMCA, St John Catholic Church, Rotary Club, and Georgia Partnership for Excellence in Education. Over his years as an educator and administrator he has been recognized for many of his accomplishments, including being awarded the Special Education Administrator of the Year Award.

John is married to Tanya and they have three children.

As an independent, college preparatory school, Valwood School’s mission is to instill in its students an enthusiasm for academic excellence, the foundations of strong character, and a commitment to serve others.

Valwood’s academic program offers students a challenging curriculum based on high expectations and a close interaction between teacher and student. Valwood seeks to instill an intellectual curiosity in conjunction with the ability to read with understanding, think critically, speak fluently, and write effectively.

Valwood works to develop in its students an abiding commitment to service by fostering in them respect for others, compassion for those in need, an understanding of civic duty, and a responsibility to serve the communities in which they live.

Valwood School was chartered in 1968 and began classes in September of 1969 in the old Central Elementary School building formerly located on Central Avenue in downtown Valdosta. Classes were offered to students in grades 1-10. In 1970, a kindergarten section and an eleventh-grade section were added. In June 1972, Valwood School conducted its first full graduation exercise, and in the fall of 1973 moved to Gornto Road. The gymnasium/cafeteria complex completed plant construction in 1973. Preschool was added to the program in 1982, and Extended Day began in 1983. Goddard Field, Valwood’s football stadium, was named and lighted in 1989.

In the fall of 2000, the school received a gift of 45 acres of land from the Howard Dasher Company for the expressed purpose of relocating the school to that site. Located on Old US Highway 41 North, two miles north of US 41, the state-of-the-art campus welcomed students on August 26, 2002.

Since opening in 2002 the campus has undergone a number of capital improvements including the addition of the Godwin Holmes Arts Center and Rodgers Performance Hall in 2007. The athletic facilities have also expanded with Goddard Field, a weight and conditioning facility, the Hathcock Tennis Center, Hollis Field, Browning Field with a baseball and softball hitting facility, and the Scruggs Track and Field complex.

We invite you to explore Valwood through our website, but the best way to learn more about our school’s mission and approach is to visit us. We hold admissions coffee-and-tour sessions monthly where you will learn about our curriculum and extracurricular programs, and you will also be able to see first-hand our beautifully designed, state-of-the-art facilities.