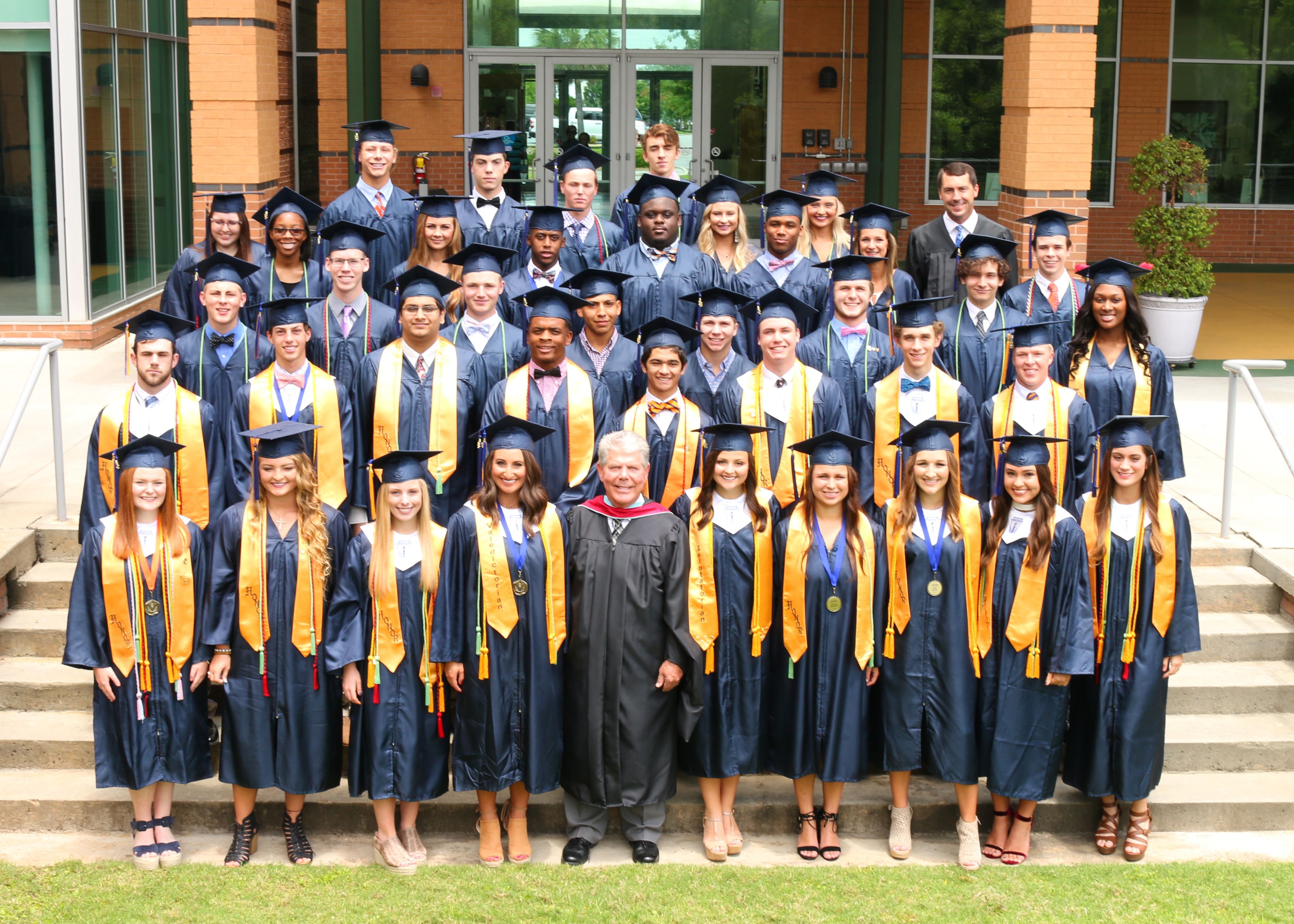 Ferrell Singleton, the first headmaster of the school, gave the commencement address, during which he offered the students three tasks to always remember to do.

“Number one, hold on to your roots,” Singleton said. “Know where you come from.”

He encouraged the students that when they return home in the future to not just drop off their laundry and go see friends but to give their parents at least 10 to 15 minutes of their time to speak with them.

Singleton’s second task was to be willing to take risks. He said he took a risk in coming to Valdosta to be the first headmaster of Valwood.

His third point was to develop the ability to judge well. He encouraged the students to force themselves to look at other views, determine if what is said is valid and to not be gullible.

“Class of 2018, strengthen your skills of discernment,” he said.

As Singleton spoke of the future, Valedictorian Hope Hathcock spoke of the memories in high school during her valedictory address, speaking of the moments which she said had shaped her and her peers.

“You cannot measure high school by the 720 days that we were here,” Hathcock said. “You measure it by the memories, the times we laughed so hard we couldn’t breathe, the times we were stunned speechless, the times that were so simplistic and content that we took them for granted.”

She spoke of the field trips and academic stresses and named numerous teachers and their impact on the students.

“Twelfth grade was 10 months of last times, but I think we did it right,” Hathcock said.

She reminded her peers of when 2018 seemed so far away to them. She said high school was among the best years of her life, and Valwood had given them the platform to lead “spectacular lives.”

“Although everyone keeps talking about the next four (years), the last four were pretty great,” she said.

Though they were gathered to celebrate a graduation, Taylor Sanderlin, salutatorian, said there were some things she believed she and her peers should never graduate from and shared those qualities: integrity, determination, humility, compassion and curiosity.

“I hope and pray that we will all remain people of integrity, people who are determined but also humble along the way,” she said. “We must be people who show compassion to others and always let our natural curiosity spark a lifelong desire to learn.”