HAHIRA – The top winners of 2018 PBS KIDS Writers Contest were honored with an awards celebration at GPB’s headquarters in Atlanta.

The PBS KIDS Writers Contest is the largest annual writing competition of its kind for children in kindergarten through third grade. Out of hundreds of entries, Drew DeMersseman, Valwood kindergartener, and Julia Soshnik, Valwood third grader, placed third and second, respectively in the state for their grade, according to school officials.

In addition to providing an outlet for Georgia children to explore their imagination and express their creativity, the PBS KIDS Writers Contest helps families and teachers use creative writing as a literacy building skill.

Grade levels were judged separately by a panel of qualified professionals, based on originality, creative expression, storytelling technique, illustrations and overall impression.

Winners were treated to puppet-making with the Center for Puppetry Arts, storytelling with Mama Koku and slime-making with Katherine Warren. They also narrated their award-winning stories in the GPB Radio studio. Listen to the recordings here. 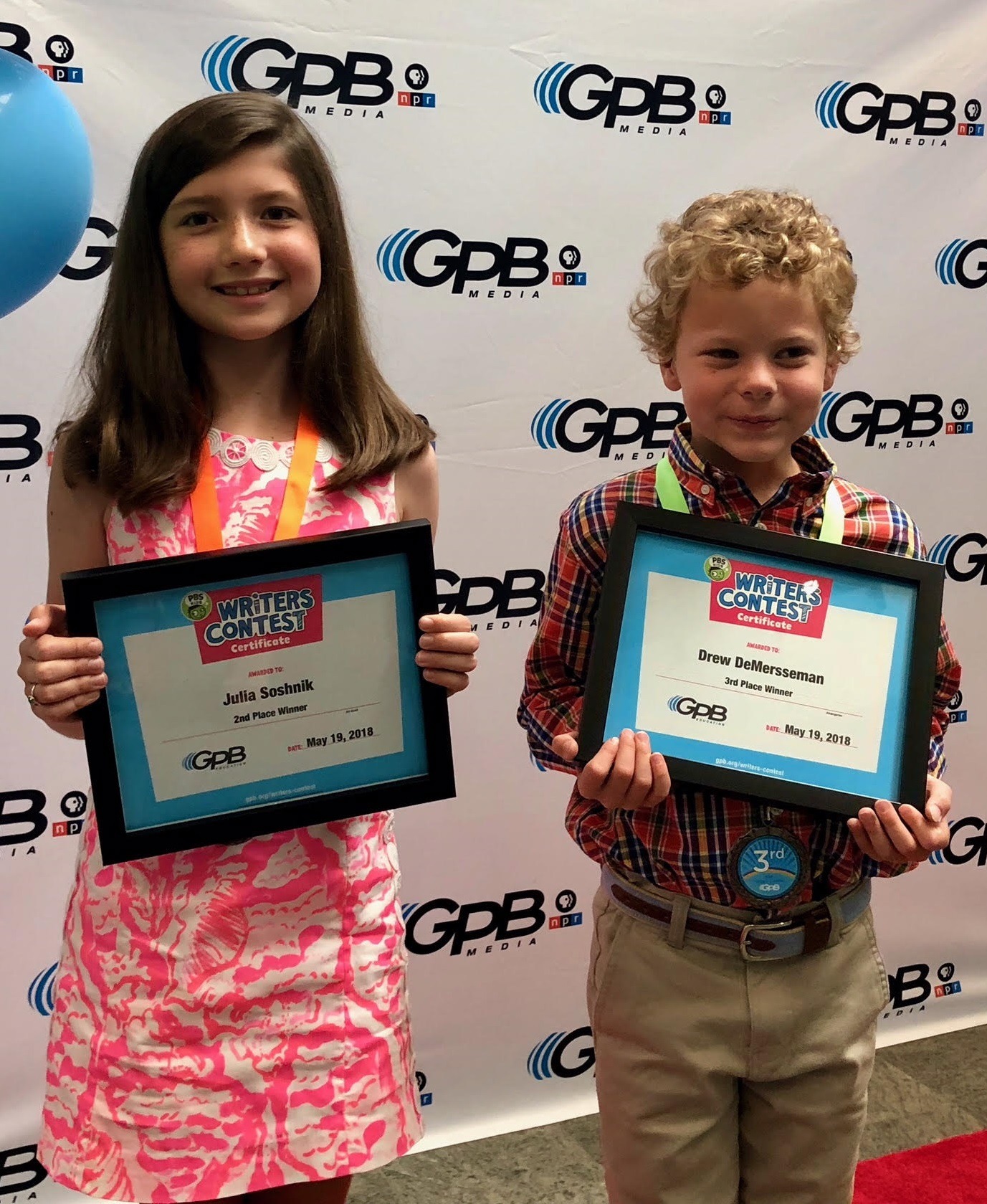