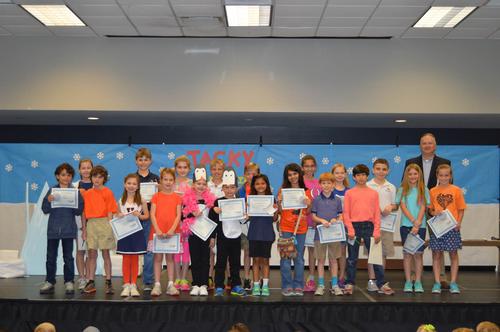 Recipients of the Georgia Power Good Citizenship Awards for the third quarter were announced on March 24 at Valwood’s Lower School Friday Flag program. Mr. Scott Haner of Georgia Power presented the awards to the students who were chosen by their teachers. The awards are given to students exhibiting character traits such as honesty, integrity, empathy for fellow students and respect for teachers and one another.